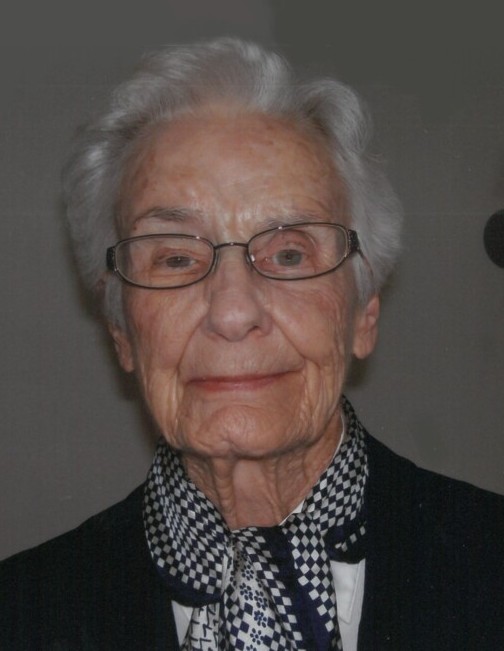 Mary Ann Dupee Ousley died on March 8, 2021. Mary was born October 6, 1924, in Earlville, Illinois, the daughter of John A. and Hope (Barnard) Dupee.  She moved with her family to Freeport, Illinois when at a very early age. She graduated from Freeport High School in 1942 and Beloit College in 1946.

Mary was a high school teacher in Prophetsown, Illinois for two years. She and Joseph L. Ousley were junior high school sweethearts and married in the First Presbyterian Church in Freeport on September 4, 1948.  While Joe was in medical school at the University of Chicago, Mary worked as an editorial assistant at Scott Foresman, the textbook publisher. She and Joe moved to Madison, Wisconsin, in 1951 and lived there until 1955, when Joe’s medical residency was completed. They moved to Marshfield in 1955, when Joe joined the Marshfield Clinic.

As a child, Mary paid attention to the many basketball games played by her three brothers, and she remained a ballgame fan throughout her life. In 2012, she was inducted into the Marshfield High School Athletic Hall of Fame as a loyal fan. She and Joe also traveled frequently to see the Badgers play basketball, and Mary attended many games at the University of Wisconsin, Wood County-Marshfield.

Mary and Joe were members of the Marshfield Presbyterian Church for over 60 years, where they each served as Elders for several terms.

Mary, like Joe, was a life-long musician. She played flute, piano, and sang, and accompanied Joe and her children on piano. She shared her love of music -- from Rachmaninoff to Pat Metheny to Oscar Peterson -- with her children. Those who came to know her well discovered she was a bit of a prankster with a wicked sense of humor.

She also survived by dear friends, Karen Kofka and Rita and Bill Dietsche, to whom the family is deeply grateful for their loving attention to her care.

The family thanks Wells NatureView and St. Croix Hospice staffs for so attentively and kindly caring for their mother.

Memorials may be given to The First Presbyterian Church or the Marshfield Clinic Research Foundation.

The family plans to hold a memorial service in July or August when it is safe for family and friends to gather.

Plant a tree in memory of Mary by clicking here.
To send flowers to Mary's family, please visit our floral store.

Plant a tree in memory of Mary
An environmentally-friendly option

Plant a tree in memory of Mary

1 tree planted in memory of Mary

❤️ Our hearts are filled with much love and gratitude for a special friend to so many. Mary belongs to the Marshfield Tiger Athletic family where you could find her on a Friday night at a boys' baksetball game enjoying a bag of popcorn and cheering on her Tigers! We are so thankful for her friendship! A true extra ordinary woman of Marshfield. Strong, caring, generous, loving, kind, intelligent, beautiful and so thoughtful! We are also thankful we were able to get Mary to a boys' basketball game before the pandemic. She absolutely loved it! I cherish her beautiful handwritten notes she sent which she affectionately addressed to: Lar & Cher. We loved her so much! Thank you for sharing your amazing mother. Our thoughts are with you during this most difficult time.

Our deepest sympathy to Mary's family from the Kitchen Table crew. We loved when Mary would visit for lunch, she always had a kind word and wonderful smile. What a wonderful, kind lady ❤️

Mary was so sweet. I used to work at Pick N Save as a cashier and she would always look for me when she would come in so that I could check her out. She will be missed.

One of the most special 'moms' of my growing up years in Marshfield. Her beautiful smile, kindness, attentiveness and encouragement were a part of every interaction I remember. My deepest sympathies.

A Memorial Tree was planted for Mary Ann Ousley

Plant a tree in memory of Mary