Plant a tree in memory of Waverly
An environmentally-friendly option 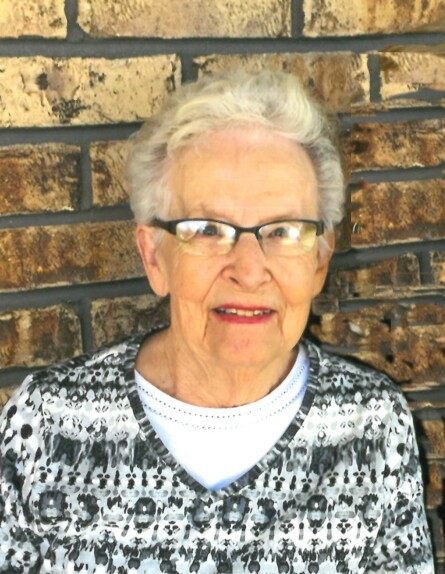 Waverly Ruth Peterson (95) of Marshfield, Wisconsin left us peacefully from House of the Dove early Monday morning March 29, 2021. Services will be held at a later date.

Waverly was born July 30, 1925 in Sparta, WI the first of (5) children born to Frank and Clara (Hardt) Wendorf. She graduated from Sparta High School, attended Ripon College and graduated from the Milwaukee Business Institute in 1946.

Returning to Sparta she worked as the office manager for the Wisconsin Gas Company and on September 21, 1947 was married to her high school love, Walter John Peterson at St. John’s Lutheran Church in Sparta. They moved to Madison, WI so Walt could finish his degree in Mechanical Engineering at the University of Wisconsin and then moved to Beloit, WI. where he went to work for Beloit Iron Works. Waverly worked briefly for TechniCraft, a company credited with inventing the process for roasting chicken and also briefly for Taylor Freezer, a company credited for inventing soft ice cream. They started a family and by 1961 they had (4) children and moved to Marshfield where Walt went to work for Felker Brothers Mfg. and Waverly continued to work for her family.

Waverly had been an active member of Faith Lutheran Church, served on various committees, as a Sunday School Teacher, as a singer in the choir and was a Charter Member of Chapter CL, PEO. She and Walt enjoyed countless weekends in Northern Wisconsin, at homes on Connors Lake and Round Lake. After Walt’s retirement they had (20) summers living in Vilas County on Little Crawling Stone Lake. She really enjoyed their many wonderful friends and liked (ok, loved) the Big Band Swing Music of the 1940’s. Reading, gardening, music, dancing, even a little golf she favored, but playing cards and particularly bridge was really the favorite. Waverly and Walt also travelled extensively both here and abroad often with friends.

Waverly was very proud of her four children for earning their college degrees. In 2014 she and Walt celebrated their 67th wedding anniversary before Walt passed away later that year. Precious was the time she spent with her family, relatives and friends. Know that she loved you all.

Our family sincerely thanks all for their friendship and many kindnesses, you know who you are. Memorials may be given to Faith Lutheran Church in Marshfield.

Gratitude for and Thanksgiving to the wonderful and compassionate caregivers at Three Oaks Health Services and House of the Dove. God Bless All of you.

Plant a tree in memory of Waverly by clicking here.
To send flowers to Waverly's family, please visit our floral store.

Plant a tree in memory of Waverly
An environmentally-friendly option

Plant a tree in memory of Waverly

1 tree planted in memory of Waverly

There is 1 photo available in the gallery

Our parents were good friends over the Marshfield years.  Faith Lutheran was an important part of their lives.  Waverly and my Mom, June,  loved playing bridge together.  They were such good people!

I shared this sad news with my Mom and she commented on what good friends they were.

I tried to upload a photo taken of your parents at my parents house - either it did not make it or you may see it twice.

I’m hoping you kids find comfort in knowing your mom's life was a life well lived. I know your parents loved music and have happy memories of them dancing to those 40’s tunes my combo was playing. Jeff and Ann, both memorable band members at MJHS.

A Memorial Tree was planted for Waverly Ruth Peterson

Plant a tree in memory of Waverly